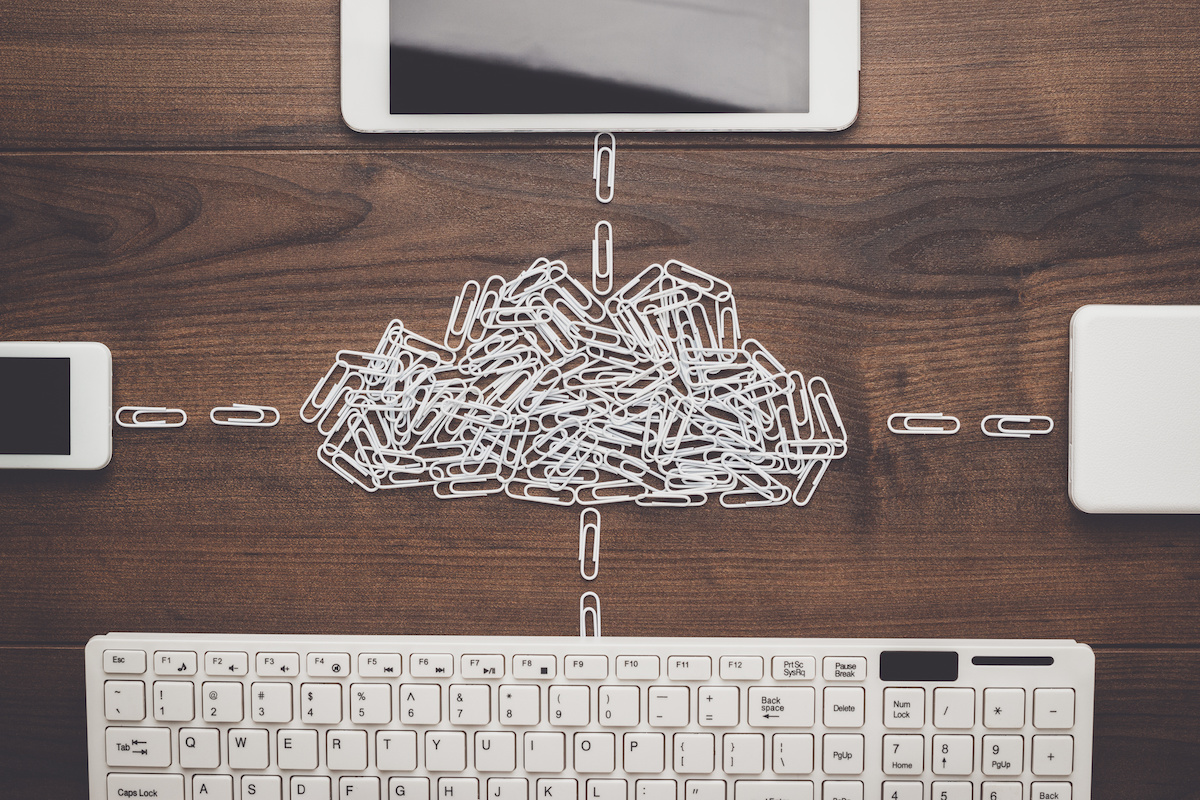 While we all hear about “the cloud” every day, and people’s understanding of what it is has grown, it’s still a little murky for a lot of businesses as to whether a cloud solution is best.  A lot of things can be hosted in the cloud - applications, servers, phone systems, networks, storage space, and the list goes on.. This article talks about hosting a phone system in the cloud versus just having it on your premises.  Which way is better? Like a lot of things in life and in business, it really depends on the individual needs (and wants) of the company to determine the best solution for them.

Traditionally a phone system, also known as a PBX (Private Branch Exchange) has been on the premises - in a server room or even in a closet down the hall.  Physical connections were required and that could only be done if the system was in-house, on the network, connected to the phone company by a wire, and with analog or digital phones connected to  standard jacks in the wall. With the advent of Voice over IP, systems could still be on premises, but the calls could be carried over the Internet, or the phones themselves could be connected to the system via Internet protocol. This brought cost savings for carrying the call, and allowed phones to be anywhere with an Internet connection and still be able to register and be a part of the system.  So what does the cloud have to do with all of this, especially if everything can be right down the hall and all the features are present, including those related to VoIP?

The question normally asked when entering into any cloud service is, “What do I gain from having this service delivered via the cloud?’  It’s worth looking at some of the pros and the cons of cloud and on-premises services as they relate to phone systems.

One thing the cloud brings is the freedom of not having to maintain any server hardware.  That phone system down the hall is now, in the simplest form, another server on the Internet.  Instead of having to clear space for more hardware in the server room or having to be at the office to configure and troubleshoot, now the “hardware” exists in the cloud and all that’s needed is an Internet connection and a browser to log into the system.

Another thing that the cloud brings is disaster avoidance.  Fire, power loss, weather related catastrophes and being forced to evacuate your home and business, like those in the Carolinas and in Massachusetts had to do recently to stay safe.. None of these things will affect your phone system because it is not physically there.  Certainly that can’t be said for an on-premises system as just the fact that they reside potentially in harm’s way makes them vulnerable to natural disasters.

Cost can’t be overlooked as another important factor in this decision.  Rather than incurring a capital expense, which for a medium sized business could run into thousands of dollars, you pay a relatively small monthly recurring charge with a hosted solution to keep the service up and running.  But there are a few ways to look at this. While the initial outlay of money for an on-premises system may seem high, you will own that system. A hosted system on the other hand is more like a monthly rental. Month after month you pay for the service, but at the end of the day, when you stop paying, the service stops.  So cost of ownership can be a benefit on the premises side. After all is said and done, you actually have something to show for the money you’ve spent.

Another benefit on the CPE (customer premises equipment) side could come in the form of security.  While there are certainly some protections in place, your system in the cloud is out there on the Internet and the possibility of being hacked or breached is higher.  That system you maintain in house is on your firewall-protected network with a local IP address and with much less exposure to Internet threats.

So where does that leave us in this decision making process?  Like most major decisions we make in life, a lot of questions need to be asked.  Does it make sense financially to purchase a system outright or is it more financially feasible to pay by the month?  Does the hosting provider have safeguards in place to protect the system from hackers? Does your network have safeguards in place to protect your system?  Is your Internet connection spotty or prone to downtime? Is your network VoIP-ready? Do you have the bandwidth to handle VoIP calling along with other bandwidth-intensive services?  Are you in an area with extreme weather-related incidents? Is there a plan for business continuity in case of a down system? Is there room on your server rack for another piece of hardware?  Do you feel comfortable running your phone system in the cloud? Do you feel comfortable having your IT folks work on your in-house system? Do you like the salesperson you’re working with? Do you trust the service provider you’re buying from?  Do you trust the manufacturer of the software and/or phones? All of these questions, and probably at least a few more, need to be definitively answered before putting that pen to paper and making the final decision whether to run your system locally or in the cloud.