What is a PBX 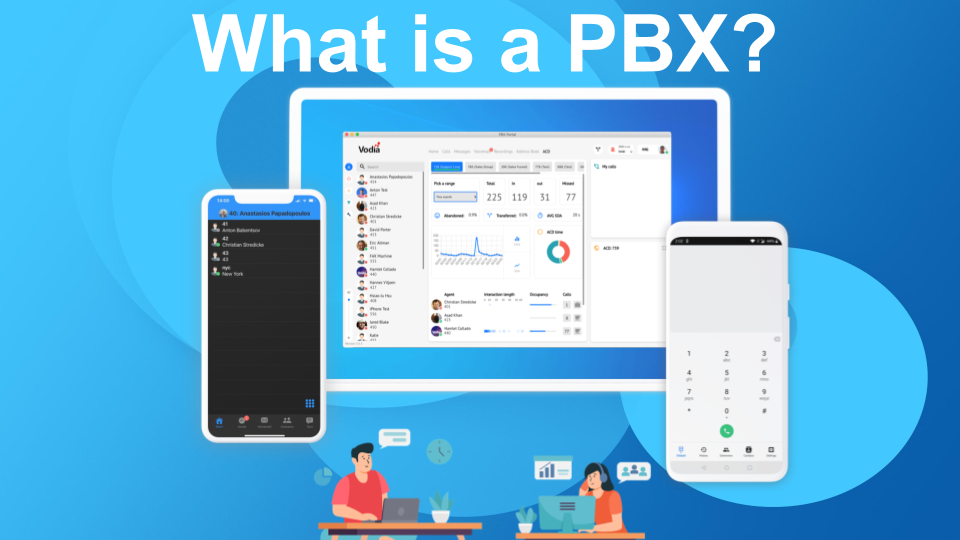 What is a PBX?

PBX stands for Private Branch Exchange.  Back in the old days, companies were connected to the central office of the telephone company, and that was where all the magic happened - transfers, conferences, group calls, etc.  Some will remember the term, “Centrex”  which translated to Central Office Exchange. At the time, that was how a company had a phone system.  Eventually, the technology was such that companies could set up their own equipment and bring that functionality in-house.  And so was born the Private Branch Exchange or PBX.

Today, the terms “PBX” and “Phone System” can be used interchangeably.  At the very basic level, a PBX is a phone system owned by the company using it.  Although nowadays, a PBX is not always in-house or owned by the company using it.  In a lot of cases, it is hosted in the cloud.  So we’ve kind of gone in a circle with the one major difference now being the way it is connected - originally through copper wires, and now wirelessly over the Internet. The purpose is the same - to connect callers both internally and externally.

Originally, the logic was such that each phone that needed to make or receive a call (whether internally or externally) needed its own private line in order to do that.  That line connected to the central office switchboard where it was either sent back to connect to another user internally or connected to the PSTN (Public Switched Telephone Network) to call externally.  The only way to boost the efficiency for a company using phone system features was to have a private switchboard in-house.  So internal calls did not need a line out to call internally and to call externally meant that an operator at their private switchboard would connect the caller to a line that was free, not currently being used. Hence, they could now share a small number of phone lines across a large number of phones. The next step - remove the human element so that the switching is automatic. Then remove it from the premises and put it into the cloud.  And that is where we are today.